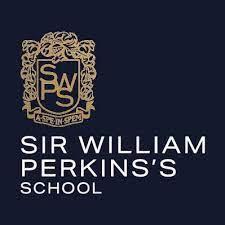 Our Vision is to build confidence, integrity and excellence in a caring, innovative and happy community, so that each student leaves having been given the best possible chance of achieving their full potential, taking with them sound values, a breadth of skills and knowledge and ready to take on the world!

The Head is both a member of HMC and GSA.

Accountable to Head of Netball

We are looking for two Netball Coaches who will perform a supporting role in the successful and effective running and development of Sir William Perkins's School Boat Club. They will work under the Head of Netball when coaching. There will be opportunities to develop the post-holder’s coaching by leading teams to both local and major national events, and the chance to be immersed in a developing school netball with high-aims should be a major motivating factor.

Working Hours: An average of 5-10 hours per week during the winter and spring term. Usually occurring between 3.45pm 6.45pm Monday to Friday, and tournaments on Saturdays. Exact days and times will be provided week by week based on the fixture programme.

The successful candidate will have demonstrable experience of coaching, or netball within a performance school, junior or senior programme, with the ability to motivate and understand the pastoral challenges for the students of netball at school.

We would love to hear from you if you have the ability to:

• Inspire and motivate students in Netball to achieve their best

• Relate effectively and to earn the confidence of colleagues, students and parents/carers

• Use strategies that effectively support the School’s policies and procedures

And if you also have:

If you would like to join our team, your cover letter and application should be addressed to the Head, Mr C C Muller.

Vacancy will be live until Friday 22 July at 5pm

Applications will be considered on arrival and the School reserves the right to interview and appoint before the closing date.