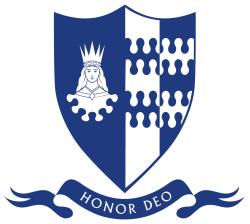 Set in 100 acres of magnificent grounds in the beautiful Vale of Pewsey, Dauntsey’s occupies a central position in the South of England.  The village of West Lavington is some five miles from the historic market town of Devizes and about 20 miles from both Bath and Salisbury.  The A303/M3 and M4 motorways are nearby and there are frequent fast trains to London from Westbury (8 miles), Pewsey (12 miles) and Chippenham (18 miles).  The School has been fully co-educational for over 40 years and has 865 pupils, of which 345 are boarders.  Lower School boarders (aged 11-14) live at The Manor, a country house set in its own grounds, which is a 10-minute walk from the School.  The Upper School boarding houses are on the main school site.  Entry to the School is by 11+ examination (about 80-85 pupils), through Common Entrance or Scholarship at 13+ (30-40 pupils) and at Sixth Form level (35-40 pupils).

In recent years Dauntsey’s has seen substantial growth with the addition of many new facilities and the refurbishment of the main school and the Manor sites.  These have included significant improvements in Science, ICT and DT, in addition to new Day and Boarding accommodation and additional Sports pitches.  More recently work was completed on a Sports Pavilion and a classroom block for Business Studies/Economics, Geography and Mathematics.  A new Dance Studio has also been created in the Sports Hall complex and an all-weather athletics’ track was added in 2018.

Sport is taken seriously, with both excellence and participation encouraged.  The major sports are hockey, netball, tennis and athletics for girls and rugby, hockey, cricket, tennis and athletics for boys.  Many other sports are offered and the School prides itself on its extensive outdoor programme, with all pupils encouraged to demonstrate a sense of adventure.  One of the special features of Dauntsey’s is our ownership and use of the famous ‘Jolie Brise’, an ocean-going pilot cutter, in which our Sailing Club has been victorious in the Tall Ships Races on five occasions over the past twenty years.  In 2017 she also crossed the Atlantic, for the second time in ten years, having visited Canada.  Music, Drama and Dance are of an outstanding standard and three school productions have been taken to the West End over the last 17 years, including ‘Billy Elliot’ in March 2017.  Major productions have included a number of ‘School firsts’ such as ‘Les Misérables’, ‘Evita’ and ‘Miss Saigon’.  We also became the first amateur organisation in the world to perform ‘Mamma Mia!’ in 2014, and Matthew Bourne’s all boys’ dance version of ‘Lord of the Flies’ in 2015.  In July 2018 we staged the award winning ‘Once’, and last year the December show saw a dynamic production of Lin Manuel Miranda’s ‘In The Heights’.

Graduate Assistant Teacher – Sport and Resident Tutor
Fixed Term  September 2023 – July 2024 Role Overview:          The successful applicant will be required to coach sport at all levels from First Form (Year 7) to Upper Sixth. The applicant should be able to coach two or more of the following sports – Rugby, Netball, Hockey, Cricket, Tennis and Athletics. Key Duties and Responsibilities: Graduate Assistant Teacher – Sport The successful applicant will be involved in coaching sport at Dauntsey’s School. This will include a full timetable in both the PE and Games Department, working with professional sports coaches and PE staff across the curriculum.  Accommodation will be provided as the successful candidate will also help in a boarding house. This position is designed to allow graduates who might be considering a teaching career to experience life in a boarding school as fully as possible. Previous GATs have gone on to positions in education both at Dauntsey’s and at other schools. Further...
Dauntsey's School Rugby Cricket

Email me jobs from Dauntsey's School